Public Doubts about the Science on Climate Change

Only one-third of people in the UK, Germany, Norway and France believe that there is a strong scientific consensus on the reality of climate change according to an article in the latest issue of the ESRC’s “Society Now’ magazine. The authors conclude that this may act as a significant barrier to the success of policies aimed at addressing man made climate change. The authors recommend action in order to help people to ‘join up the dots’ between periods of extreme weather and climate change.

A recent report from the Chartered Institute of Housing calls for a common definition and understanding of the role and purpose of social housing and for an end to the stigma associated with this kind of housing. Based on a series of workshops, evidence reviews and survey work undertaken by IPSOS MORI, the report reveals broad support for social housing, particularly for the most vulnerable and those who cannot afford the cost of renting privately. It also uncovers some myths, including about the extent to which social housing is currently occupied by immigrants.

Is there a New Geography of Brexit?

Recent research has generated significant interest, suggesting that 112 constituencies have shifted from being ‘majority leave’ to ‘majority remain’ areas. John Curtice and others have commented that this analysis, based on modelling of a yougov sample of circa 15,000, is not particularly out of line with other polling which has been indicating a slight shift towards remain for a number of months.

Evidence on whether there are particular groups (including Labour Party members) that are disproportionately shifting from leave to remain is mixed and somewhat contradictory.  Curtice sums up by pointing to the importance of people who did not vote in the 2016 referendum. We have known for some time that this group is more likely to say they would now support remain and they could, therefore, be key in determining the outcome of any subsequent poll or referendum.

In  this year’s RSS Beveridge lecture, Will Moy, Director of Full Fact said that we are on the threshold of an explosion in data and have important choices to make about how to harness data for the good of society.  Other key points made during the lecture include 1. Statistical publications need to present a more nuanced picture and delve below the headline messages; 2. Strategic questions need to be asked about what information is collected; 3. A richer understanding could be gained if statistics and social research were better integrated; 4. More ‘audience research’ is needed on what the public want from experts; and 5. Teamwork between researchers and communications experts is necessary in order to get our messages across.

Parliamentary Enquiry into Balance and Effectiveness of R&I spending

The Commons Science and Technology committee is holding an enquiry into the ‘balance and effectiveness of research and innovation spending’ and would welcome written submissions by 28 September. Key questions include: the effectiveness of public spending on R&D; the rationale for deciding on the balance between different disciplines & research councils; block v responsive mode funding and the most effective way of phasing in the increase in R & D spending planned by UKRI over the next few years.

The UK Data Service has created a resource pack entitled “Dissertations and their data: promoting research integrity” which aims to introduce the idea of transparency in research into undergraduate teaching. The pack provides real examples of good practice and includes practical templates for consent, transcription, anonymisation and documentation – based upon templates created and recommended by the UK Data Service to researchers. The slides for teaching can also be adapted to suit various project needs and different disciplines.

This year’s ESRC Research Methods Festival comprised over 58 sessions and 200 presentations. The presentations are now available to download and some of the sessions will be on the ncrm youtube channel shortly.

Alison Park, reflects on the recent Longitudinal Studies Review and argues that work led by CLOSER to enhance these studies by improving cross study comparability will be vital to their future sustainability. Demand for harmonisation is motivated by many research aims, including a desire to understand the experiences of different generations or to compare patterns of association across studies that cover different populations or life stages. A great deal of work has been undertaken to date or is currently underway and CLOSER have produced a range of  useful scientific outputs for researchers interested in cross-study research. There is also ‘Discovery’ which is a resource to help researchers find out detailed information about the data that is out there.

CLOSER are also running a workshop on the practice and management of cross study comparisons at the University of Manchester on 16 October.

UK Science under a ‘no deal’ Brexit

A technical note published by the government on 23 August says that it is the UK and EU’s intention that the eligibility of UK researchers to participate in Horizon 2020 will remain unchanged for the remaining duration of the programme. However, it goes on to stress the need to plan for every eventuality and sets out brief details of how an ‘underwrite guarantee’ would be managed in the event of a no deal Brexit. There are a number of exclusions and the proposals have been greeted with a mixed response. According to the ESRC, UKRI would manage the process, and in the first instance UK recipients of Horizon 2020 funding will be invited by UKRI to register their details on a dedicated portal on the GOV.uk website, expected to go live in the autumn.

Matthew Taylor argues that significant research and preparation is needed ahead of any second referendum on brexit, particularly one that involves three choices being set out on the ballot paper. He floats the idea of a Citizens Assembly which would make recommendations to parliament on the terms under which the referendum could be held.

Engaging with government is a 3 day course designed to provide an insight into the policy making process, and help participants to develop the skills needed to pursue the policy implications of their research. The course is open to early career researchers and the closing date for applications is 28 September.

Can a Computer do Qualitative Analysis?

The overall message from a recent piece by Daniel Turner is that machines cannot take the place of researchers in setting research questions and evaluating complex answers yielded by qualitative research.  However, for the right research questions and data sets, automated tools could open the door to new approaches; for example, tools could take on the role of a second coder and make it feasible to handle larger data sources in individual research projects (e.g. by speeding up more routine aspects of analysis).

A Guide to Ethnography

Ethnography is a long established research method for investigating cultural practices, rituals, routines and social norms, and is used to throw light on a range of research questions, including the differences between what people say and what they actually do.  A recent practical guide from IPSOS sets out what ethnography is and isn’t. It also discusses the skills needed to undertake (and analyse) ethnographic studies and how these differ from qualitative skills. There is also a discussion of decision making based on ethnographic insight.

The problems of using non random probability surveys to measure whether public opinion is changing are well known. In response, Patrick Sturgess and Jouni Kuha have developed a method called ‘bootstrapping’ and argue that the way sampling variance is calculated needs to reflect how surveys were designed and implemented. 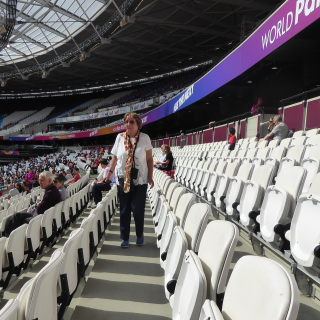